You Want How Much Money?

In the Spring of 2018, a law firm client retained Texas Investigative Network, Inc. to conduct an insurance defense surveillance investigation of a plaintiff (Subject) in a personal injury lawsuit. The Subject was demanding an eight figures payment due to an auto accident that allegedly resulted in a traumatic brain and numerous physical injuries. The Subject alleged she would require extensive medical care over the course of her life as a result of this accident.

Our client needed to know the truth regarding her current physical capabilities, any employment limitations she may have, and/or if she demonstrates any restrictions while carrying out daily, routine activities.  Within the first week of initiating covert, mobile surveillance, TIN Investigators observed our Subject driving a vehicle, working as a waitress, exercising in a gym, shopping, and attending social gatherings with friends.

During our investigation, TIN Investigators also closely – and legally – monitored the Subject’s social media accounts. TIN identified numerous posts which provided insight into social activities being planned by the Subject, and her general state of mind as well. One post even included a video the Subject had taken of herself while operating a vehicle. Another post was discovered in which our Subject stated, “Mannnnn this Saturday is gonna be maddddddd dope. I’m readiiii”.

TIN’s multi-faceted approach to conducting personal injury investigations provided certain clues, insight, and eventually relevant activity that brought clarity to a “day in the life” for our Subject.  After presenting our client with discreetly obtained surveillance video and a comprehensive social media report, it was gratifying to hear that this case had settled “for a fraction” of the eight figures which had been originally sought. 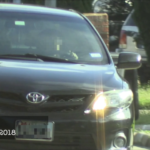 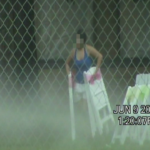